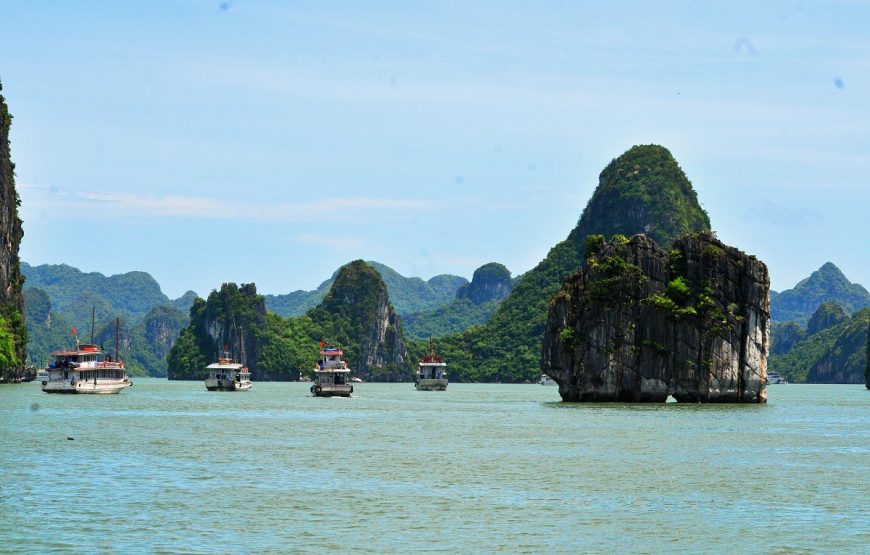 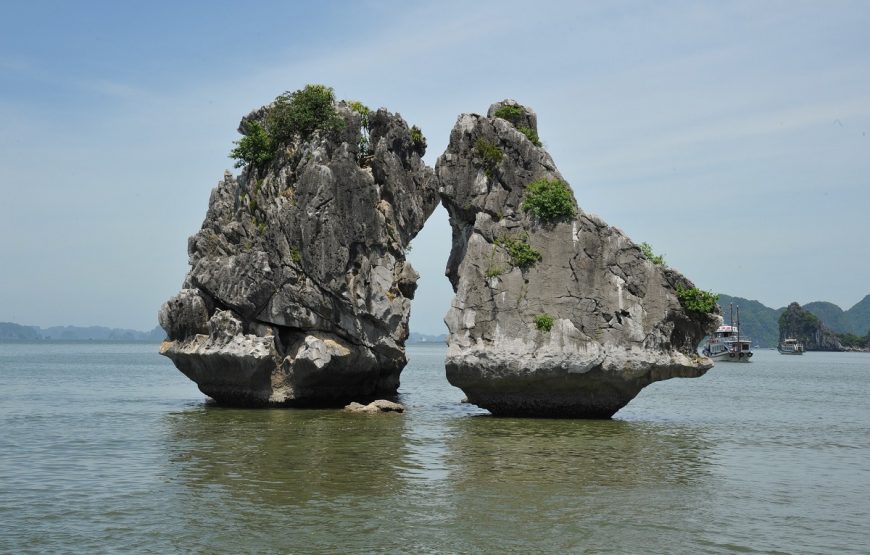 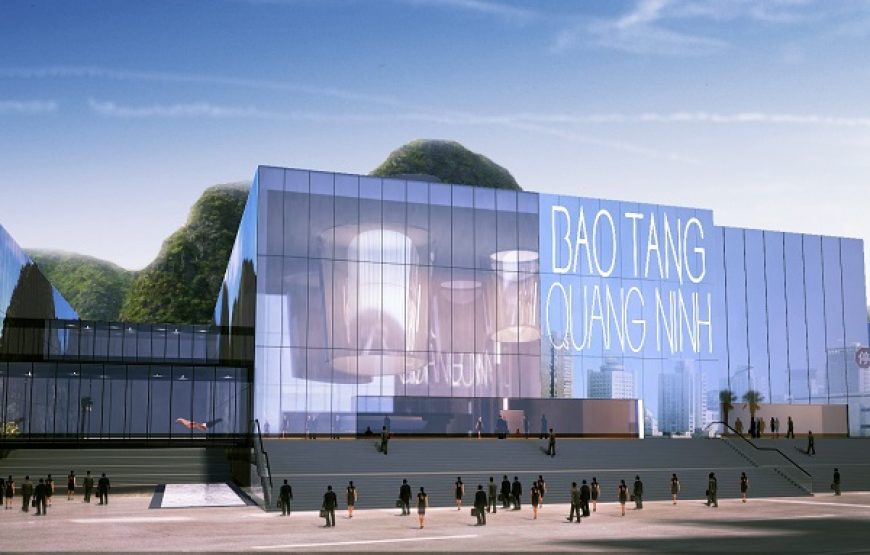 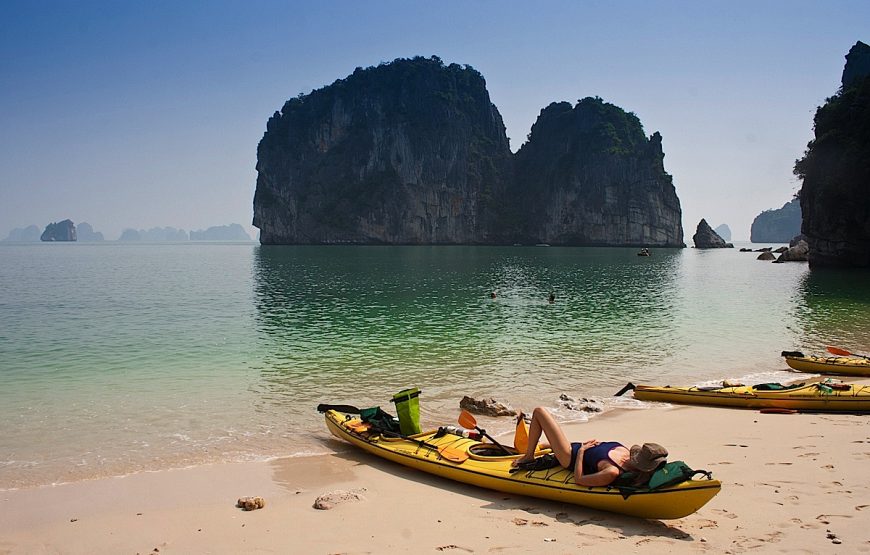 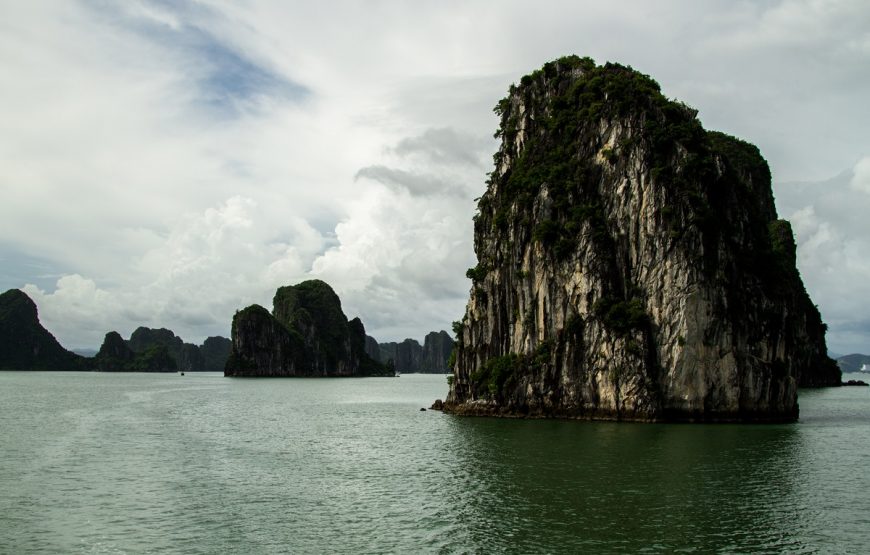 A full day cruise around one of the wonders of the world, the spectacular Halong Bay, which features thousands of limestone-clad karst islands jutting out of the sea and dozens of captivating caves.

Pick up at Ha Long Bay port. Discover Ha Long Bay, a body of water of approximately 1,500 square kilometers in North Vietnam with 120 kilometers of coastline in the Gulf of Tonkin. Ha Long Bay means "Bay of the Descending Dragon'' in the local language. The bay consists of a dense cluster of 3000 monolithic limestone islands, each topped with thick jungle vegetation, which rise spectacularly from the ocean. Several of the islands are hollow and feature enormous caves, while others support floating villages of fishermen, who ply the shallow waters for some of the over 200 species of fish and 450 different kinds of mollusks. Embark for a dreamy cruise going around the bay with thousands of limestone mountains. Cruising through the emerald water past the Cho Da - Dog Stone and the Dinh Huong Islet (Incense Burner Islet) which consists of only one huge stone in the shape of an incense burner, whose four pins beneath only visible when the tide is low. Afterwards, we will visit the Fighting-Rooster Islets and the Thien Cung Cave (Heaven Palace Cave) to see the beautiful stalagmites and stalactites. within. The way up to Thien Cung Cave is via a winding pathway, surrounded by thick jungle. The cave is a dry cave and houses a complex inner structure with high ceilings. Have lunch on board and also have 15' doing kayak. Sliding through the water in a nifty kayak giving you more independence, and allows them to reach places that cannot be reached in cruise ships. 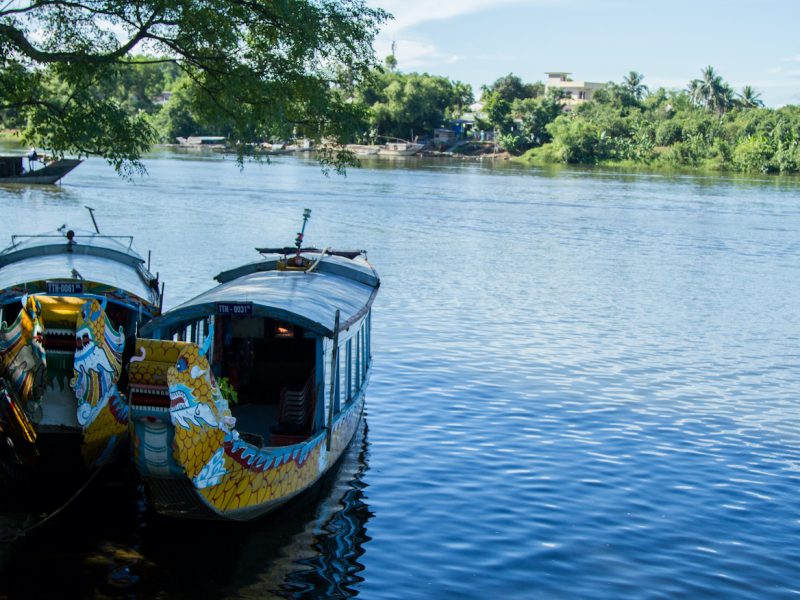